Home > Land > All About Unregistered Land

All About Unregistered Land 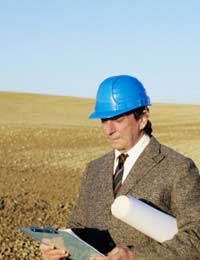 Since 1990 information about land or property which has been sold, or transferred under a lease of 21 years or more, has been held at the Land Registry.

The Land Registry and Registered Land

The information contained on the Land Registry allows anyone interested in a particular piece of land to find out - amongst other things - who owns it, whether there is a mortgage on the property and whether a third party has any interest or entitlement in respect of the land.

The Law on Land Registration

The principle law on land registration is contained in the Land Registration Acts of 1925 and 2002. One of the main aims of these laws is to make the process of conveyancing simpler and more reliable.

Previously, information about a piece of land may have been contained in many different documents and sources. Not all of these would have been easily, or at all, accessible to an individual with an interest in the property. Information held by the Land Registry can be easily accessed online and a copy can be downloaded for a small fee.

The Continuing Relevance of Unregistered Land

Registration of all land has been compulsory in England and Wales since 1990. However, usually the land need only be registered if it is sold or conveyed. Therefore, land which has been under the same ownership since before this time may not have been registered.

The Land Registry states that about 65% of all land in England and Wales is now registered although different sources suggest a higher proportion. Whichever figure is correct a substantial proportion of property, particularly outside London, remains unregistered.

Finding Out About Unregistered Land

The principle source for information about unregistered land will be in the title deeds to the property. These may be held by the owner of the property itself or by a company who has leant money to the owner under a mortgage. In order to confirm a vendor’s right to sell or transfer the property, the deeds for preceding sales and transactions should be examined – not just those for the most recent transaction.

Deeds registries exist in the Yorkshire Ridings and Middlesex where searches can be made in respect of transactions involving land in those regions. The Land Charges Department, based in Plymouth, will also have records of some rights or interests which may be registered against a property. However, unlike the Land Registry, both of these databases file information under the name of the owner of the property rather than the property itself.

Ownership of Land and Overreachable Rights

Before 1925 land law was extremely complicated. There were several different ways in which land could be “owned”. In addition, many different individuals could have some kind of entitlement to a piece of land which may or may not have been binding on a purchaser – even if he knew nothing about them. This made purchasing property complex and risky. A purchaser might end up paying good money for a property only to realise at a later date that what he had ended up with was not exactly what he thought he was buying.

After 1925 the system of land ownership was simplified to the extent that an owner of land essentially holds it in one of two ways:

At the same time as simplifying the ways in which land could be owned, the 1925 land law also simplified and reduced the legal interests that third parties could have in a piece of land.

A person with an overreachable right in respect of land may be entitled to a portion of the sale proceeds even if the legal purchase of the land has the effect of negating their right to inhabit or otherwise deal with the property.