Difference Between Exchange and Completion 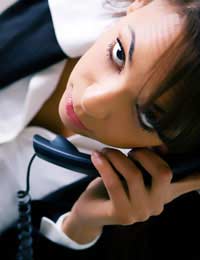 During 10 years as a Senior Conveyancer one of the things I had to explain most often was the difference between EXCHANGE OF CONTRACTS and COMPLETION. It always seemed fairly obvious to me but my position never gave me the right to be condescending. Regrettably not all of my ex-colleagues in the legal field were as understanding as I tried to be and, on the basis that you may be using one of the less helpful members of the CONVEYANCING community, I will tell you the difference between the two key points in a transaction.

I have put this first because it comes before completion; it may be only days or even minutes but exchange must take place before legal completion can happen.

By the time you get to exchange all matters raised in the TITLE, SEARCHES or on your MORTGAGE OFFER will have been dealt with. There will have been a couple of days wrangling over dates and someone will undoubtedly have tried to bully the entire chain into doing it when they want (I hope it's not you!). The point is that there can be nothing outstanding in any part of the chain, otherwise the exchange will not take place.

But, once everyone is ready then the exchange can take place. Essentially what happens is the various legal parties agree (via their respective CONVEYANCERS) what is going to happen on completion; who is buying what, from whom and for how much. Traditionally the CONTRACT documents were physically passed between Solicitors at a pre-arranged time and place, but with the advances in technology, and the much greater numbers of people actually moving home, it is all done via the telephone. In a chain this is done by means of a CONTRACT RELEASE.

As I said before, the advent of the telephone system meant that long chains could exchange on the same day and in a relatively short space of time. The danger that came with this is that one person could up either homeless or with two houses! For example; A is buying from B, who is buying from C and so on and so forth. There was a danger that A and B could exchange contracts but what if C later refused to go through with it? It would be disastrous. So, the legal community came up with the contract release (or release of contracts).

This is a legal tool whereby A agrees with B all the terms of the contract (deposit, price, property, completion date etc) but does not actually exchange. Instead A agrees that if B calls back by a specified time then he will exchange contracts. The Contract release is as sacrosanct as the actual exchange and is treated as a LEGAL UNDERTAKING. Be will then call C and give the same promise, and so on until the end of the chain is reached and those two parties exchange. The formal exchange then goes back down the chain. Everyone is safe from homelessness and if one person refuses to release then the whole chain is no worse off.

This is the goal of every conveyancing transaction - it is when the property changes hands legally, when the current occupants must vacate and all money must be paid over. If everyone has done their job and the BANKING SYSTEM is working properly then it should go smoothly, you should get your keys to your new house in time to move in on the same day.

This is not to say that there cannot be COMPLETION PROBLEMS, but that is the subject of another article. The purpose of this article was to tell you the difference between the two key points, I hope that I have done this satisfactorily.