The Impact of the Legal Services Act 2007 on Conveyancing 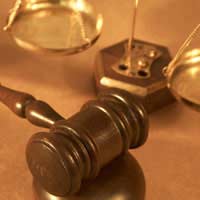 The Legal Services Act 2007 could change the face of conveyancing in the UK. Increasing access to legal services is a fundamental aspect of this law. However, the Act has had its critics from the start and doubt remains over the implementation of some of its most ground-breaking provisions.

Changes to the Regulation of Legal Services

Conveyancing Services in the Supermarket?

Leading supermarket chains have said that they intend to be amongst the first to offer legal services, including conveyancing, as part of a complete package when the new law comes into effect. Supermarkets, or other businesses, could potentially offer all of the services necessary for a house sale or purchase – including estate agency, mortgage funding and conveyancing.

Big companies will use economies of scale to ensure that they offer conveyancing at a lower price than other conveyancers. Potentially this could result in significant savings for consumers and a more streamlined conveyancing process. However, it will also mean that non-experts may be dealing with the technicalities of conveyancing.

The UK’s Coalition Government and the Legal Services Act

The election of a new UK government in May 2010 has led to doubts over whether the Legal Services Act 2007 will ever be fully implemented. The Act was the brainchild of the UK’s previous government and was intended to make legal services more accessible and competitive.

The two parties who make up the UK’s coalition government have previously voiced concerns about the new law. Some critics are concerned that the independence of lawyers could be affected if outside investors or owners call the shots. There is also concern that allowing non-lawyers to provide services that have traditionally only been provided by lawyers will result in a fall in standards.

Many observers now believe that there is likely to be a delay in the introduction of some aspects of the new law. A similar Scottish law which was intended to prevent the Legal Services Act luring Scottish law firms to England may actually come into effect before the equivalent provisions in England and Wales.

The Impact of the New Law

Even before the new law has been fully implemented it has changed the legal services landscape. Already supermarkets, banks and other organisations appear to be offering online legal services. These seem to combine the expertise of a lawyer with the ease of access and competitive pricing that the modern consumer has come to expect. To compete, some law firms have come together to offer their services behind an online brand which resembles online services offered by other industries.

Increasingly, consumers for all types of goods and services are looking beyond the bottom line price to decide whether they are getting value for money. Small law firms which offer an expert, personal service may seem more attractive to some consumers - even if they cost a little more. However, if the Alternative Business Structures do come into effect they are bound to give consumers more choice in how they access legal services. This could lead to clients who expect a different type of service from their lawyer. Some traditional law firms will almost certainly have to change the way they operate to stave off competition from newcomers to the legal services market.